A planet is exalted when it is in the most dignified zodiac sign. Each planet is exalted in one particular sign. Astrologers call this placement as powerful. Does a planet in exalted sign influence a person’s horoscope positively?

Exalted and debilitated are the states of planet where they show powerful results to weak results. Some might use the words as positive and negative which appears closer. A debilitated planet might also hold strong position in a horoscope. Several books and astrologers would agree upon the power of exalted planets. There might be almost equal number of astrologers that would not.

Recently I was studying a person’s horoscope. He was disturbed on his career front.

Since this person had heard of some astrology rules, he was frustrated with the planetary placements in his horoscope. He told me that when he had three planets in exalted signs why he was sitting at home earning nothing.

This is a dangerous situation. People would collect some information and would blame a pattern. Thorough consideration is required, be it any science or study. For example, if Mars is exalted, it doesn’t mean the person would be a great fighter or great in whatever Mars would represent. It would also depend on third house, ninth house, the house lords, planets posited in those houses and aspects on Mars, those houses and house lords apart from other consideration that the astrologer considers necessary.

State of exaltation of a planet is important and sometimes yields the best results. Importance should however be given to the other combinations happening around. I saw a horoscope where Jupiter in Cancer was placed in the fifth house. This person would never know how ordinary people spend their lives. He still is living a prosperous life.

If the same person had Jupiter exalted in the fifth house with Saturn and Rahu also in the same house and a weak moon, the results could have been different. Even if three or four planets are exalted, it would not guarantee a happy life for the person.

Exalted planets may be found in almost every horoscope. They say a planet has the potential to yield best results when exalted. Logically this is correct however at times this has not proved to be true. Actually, it is not only the exaltation that has to be taken into consideration, but also other planetary combinations happening simultaneously in a birth chart or horoscope.

Planets are exalted in a birth chart when placed in the following signs: -

Slightly out of topic, yet worth noting is a point that Mars, Moon and Venus are exalted in enemy signs.

TAGS : astrology horoscope mars third house ninth house
Let us know how you like this article. Like it and Rate it below.
14K 0
1
Thanks for rating this article
1 stars - by 1 user(s) 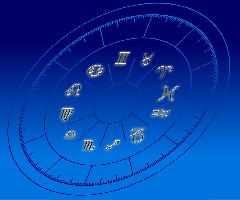 This article depicts about 12 types of sun signs and their own unique qualites indentifying their personalities. .