Role and various significations of jupiter in vedic astrology 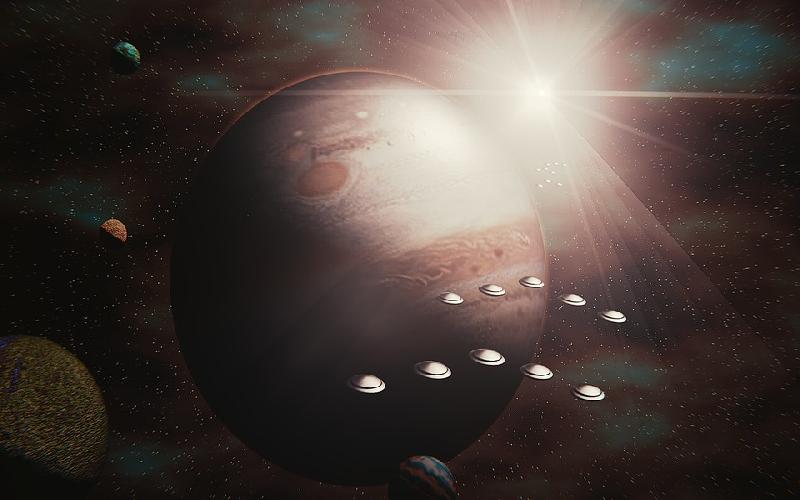 The details and major significations of planet jupiter in vedic astrology. This article also includes the general effect of jupiters aspects and conjunctions and even some secrets that are not much discussed else where.

Jupiter is the most auspicious planet in vedic astrology. Jupiter naturally does not want to harm anything and want to give the right things. Jupiter is a teacher (guru) who can be religious as well as spiritual. Jupiter can show the wisdom, maturity and moral values of a person. There are many things which are represented and controlled by jupiter. This is because jupiter becomes the karaka(significator) of the 2nd, 5th, 9th, 11th and 7th(for women) houses. Along with that it will rule two houses in every birthchart as it rules two signs which are sagittarius and pisces and aspects three houses from its position.

It aspects the 5th, 7th and 9th houses from itself. So as you can see, jupiters presence or influence reaches most parts of a birthchart and thus the effects of jupiter can be seen in the real life of a person too.

Some major significations and aspects of life jupiter can influence are wealth, children, fortune, knowledge, our belief system, husband (in womens chart), hopes and wishes, education and all the major happy celebrations. The big steps for progress in a persons life cannot be acheived without the blessings of jupiter. As jupiter shows teachers and gurus in a persons life, a person will get teachers depending on the placement of jupiter. For example if jupiter is not well placed then that person might get bad teachers in life who teach them wrong things like how to steal and scam people who can also instil wrong beliefs into that person. Similarly jupiter shows how the husband of a women is and what is his behaviour like towards her. Mercury is the logical intelligence and lower level of thinking like how to operate a machine while jupiter is the higher knowledge and the divine intelligence. If there are natural benefic planets like Jupiter strong in a birthchart especially sitting in the 1st, 4th, 7th or 10th houses, then things work out for them with much more ease.

Jupiter gets exhalted in the sign of cancer and gets debilitated in the sign of capricorn. Jupiter is friends with sun, moon and mars. As far as the houses alone are concerned, jupiter does its best in houses 1, 4 and 11. It tends to give very good results in these houses. Jupiter either protects a house or gives maximum results, it rarely destroys a house even during its transit. Jupiter also expands the house it sits in. Even if the house it sits in is a bad house it will just expand. For example, in the 11th house it expands your gains and if in the 6th house it expands your debts. When a person is born on a day, it adds to the strength of his jupiter because jupiter is more strong in the day time than night. The houses jupiter aspects shows where we feel to grow as a person and we will also attain higher knowledge regarding that house. Jupiter can also prevent a planet or house from giving negative results as they are very auspicious aspects. Jupiter generally gives good yogas(combinations) when conjunct moon, mars and venus. However when jupiter is conjunct malefic planets especially rahu and ketu, it tends to control them from giving their negative results. Jupiter is the only planet that can control rahu and ketu but loses some of its energy and wont be able to give maximum results of the house it sits in. However, the aspects and conjunctions are more compex. This is just the basic understanding. Overall jupiter gives some good benefic influence to every chart.