Astrology Behind Confidence in Arvind Kejriwal 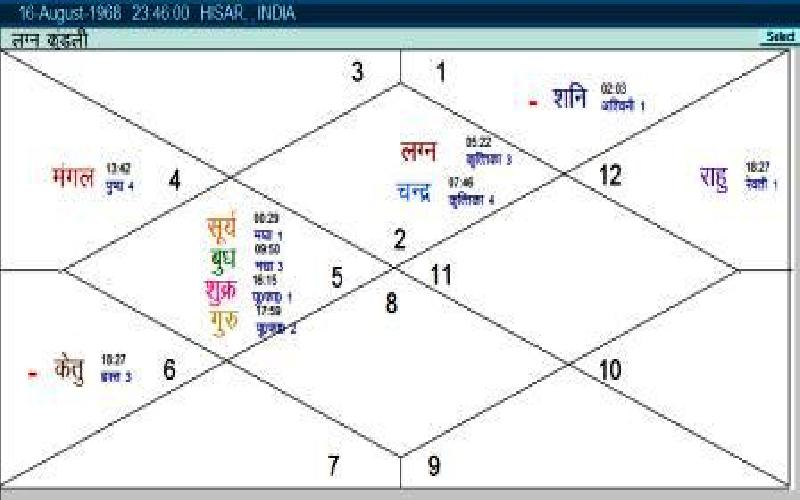 If the horoscope I am looking at currently is correct, Arvind Kejriwal will shine again in 2015 though it may not seem so at present. Horoscope of Arvind Kejriwal has a rare feature which makes me think so. With the current Sun Antardasha coming up followed by Moon Dasha, it could give Arvind Kejriwal the boost that he probably needs.

Despite all odds against him and several losses, Arvind Kejriwal is still fighting. I always thought I could not continue after such opposition from all over. What is there in the horoscope of Arvind Kejriwal that gave him such great confidence? While researching on Arvind Kejriwal’s horoscope I found out a rare yoga that alone might have given him the power to do what he did or is doing.

While looking at the Sun in divisional charts, I was shocked. In the shodashvargas, Sun is in Aries, Leo and Sagittarius. This is a very rare observation. I haven’t seen any horoscope with such a powerful Sun.

Sun holds the strongest position in Arvind Kejriwal’s horoscope thus and this man has proven time and time again that he would not back down from any challenge put in front of him.

At first when you look at Arvind Kejriwal’s horoscope, you would feel that it is actually the moon that is powerful. Moon is not very strong in the horoscope of Kejriwal as it appears at first sight (when you look at the divisional charts). I read on some websites that were praising Venus in the fourth house and some were discussing the importance of mercury in the fourth house with Sun being the lord of eleventh house and the second house.

I have discussed in one of my previous articles (sun in the tenth house), how Rahu could be a major player in today’s leadership era and Sun could not necessarily be. Sun is by nature cruel yet reflecting good personality traits. It likes welfare of people, believes in God and is good at heart which is not very much reflected in today’s politics.

It is not that Sun doesn’t know how to deal with such people. Sun in Arvind Kejriwal’s horoscope gave him the fighting spirit, managing people and gaining public confidence however why he suffered was because the Sun and the fourth house are surrounded by malefic and sixth house lord is in the fourth house. The other combinations in the horoscope of Arvind Kejriwal do not support Sun. Yet, today the nation knows this man.

Now the question is why Arvind Kejriwal lost to Modi and why his quitting the Chief Minister position proved to be a wrong decision. This is when Periods (dasha), sub periods (antardasha) and sub-sub period (pratyantar dasha) are considered. According to the horoscope of Arvind Kejriwal, he was born under Sun Mahadasha which had already completed by the time he turned just over one year old. So his best period was already lost yet the Dashas can’t take away the personality traits or characteristics of a person. Secondly, even if the dasha is gone, the planet will reflect results during sub periods.