Yearly Horoscope of Virgo for 2015 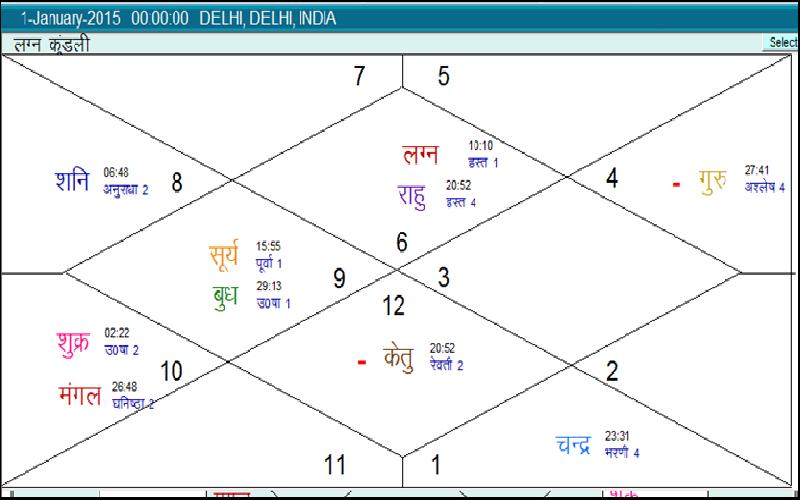 Second half is particularly important in 2015 but this does not mean first half has nothing special for Virgo natives. What should the Virgo natives expect in 2015? What will 2015 bring for natives with Virgo sign? Yearly predictions for Virgo will be good or bad?

Trains are running late these days and this gives me extra time to think on astrology (while on travel). I read books, think and discover new thoughts (many times) which give a sense of satisfaction in the end. Today while returning from an official trip I was in train thinking on how to judge a horoscope for different ascendants in a very different manner. I will discuss this some other time as this time I have decided to try my hands on annual prediction for Virgo natives for the year 2015.

What is the meaning of Virgo 2015 Horoscope: - There are three factors considered the most important in any horoscope reading viz., the sun, the moon and the ascendant (first house of the horoscope). So, the individuals with Moon in Virgo, Sun in Virgo or with Virgo ascendant will be considered for this yearly predictions for 2015 for Virgo.

The year will begin with Rahu in the ascendant (Ketu in seventh house), Saturn in third house, Sun and Mercury in the fourth house, Mars and Venus in the fifth house, Moon in eighth house and Jupiter (retrograde) in eleventh house. These positions keep changing bringing out different results for different individuals.

Major changes: - Jupiter will move from Cancer to Leo in July 2015, Saturn in Scorpio and Rahu/Ketu in Virgo/Pisces will remain unchanged.

Career: - The New Year will start with a bang for Virgo natives. The only thing I am afraid of is the emotional turmoil. Despite all good, the sense of dissatisfaction will hold strong. Mixture of fear and courage is a dangerous feeling. Confusions, distractions and frustrations prevail and if the energies become strong enough to overcome fear, the native will either change the job or lose his/her job intentionally.

Married Life/Relationships: - You would think you are not being understood by your partner but that won’t be true. You will discover later that you were not finding the real you. This will happen in the second half of the year to come.

Mental and Physical (Health): - Taking good care of health is necessary especially in the very first quarter of 2015. Drive carefully. Avoid unnecessary arguments. The person should know how to differentiate between the spiritual and material energies to keep healthy and fit.

Money: - Some unnecessary expenditure may come out in the first quarter of 2015. Despite all, native will be able to make some decent profits in the first half of 2015. In the second half the native would be involved in purposeful expenditures (spending money for some cause).  Those in job may expect smart incentives and profits for the businessmen.

Those with strong mercury and moon in their birth charts will overcome majority of ill effects mentioned above. Natives with strong sun, strong ascendants and strong moon generally have the confidence and will power to overcome the odds yet the effects are seen happening.

What is Year? Needless to explain, yet I would start by saying that there are many definitions for a year hence different calendars. As a result different communities celebrate different new years. What I mean by year here is that begins January, 1 and ends December, 31.

Tajik is a system popular among many astrologers. It is one of the methods to find out predictions for the year or Varshaphala as we call in Hindi. It is based on movement of the Sun. Western astrologers predict annual or daily horoscopes based on the movement of Sun. The credit of making the daily horoscopes popular goes to Linda Goodman (I heard somewhere). How true the annual or daily predictions are? The answer is – It depends on more than just the moon sign or the sun sign.

This is the reason why they have stressed upon matching the horoscopes for matching rather than going for just the Guna system which is incomplete as it is based on moon. This is the reason why Dasha system fails sometimes. Dasha is also based on the moon. Hindu system of astrology has stressed lot upon moon as it controls the mind but sometimes there is more than just mind.

Another reason I am not a big fan of this system of daily, weekly or annual predictions for various zodiac signs is – the place of consideration matters. The standard time and actual time varies. How would the positions for Amritsar born individual be the same for Kolkata born native? In this paper I have considered Delhi as the place for finding out the transits. The generic nature of this system makes this highly inaccurate yet the fact that this is very popular does not rule out.

Horoscope Of Shahrukh Khan - A Discussion