Sixth House of Horoscope is important for Career

Importance of Sixth House in Horoscope for Career

One of the trik sthanas, is sixth house important for career at all? Sixth house is considered to know the bad effects. Is it just a myth or can this house tell some good results.

Once a person came to me and asked if I could tell him what he was suffering from the most during that time. Aries ascendant, Capricorn in the tenth house, Saturn in the eighth house and Rahu, Sun and Venus in the sixth house, I told him that your colleagues and the environment at your workplace is not suitable for you.

He agreed. He said the colleagues would always try to misuse him. He would stay till late for the others while at the time of his need he found himself lonely. His manager was also not in his support. During that time he was planning to leave the job and start his own business.

Sixth house is the ninth house from the tenth.

Ninth house is known as the Bhagya Sthana. The support that a person gets or what is generally called luck is denoted from this house. Sixth house, being ninth from the tenth house would denote the outcome of the tenth house.

Venus was badly afflicted in his chart and was the strongest of all in Shadvarga. This made the condition more dramatic. As the Rahu Dasha approached its medieval period, this person gained strong feeling of starting his own business. This is a condition to beware of. Rahu Dasha would make a person over ambitious sometimes leading to wrong decisions.

Even if the tenth house is strong, a weak sixth house could ruin the results of the tenth house. Horoscope reading is so interesting that you can apply and develop your logics. This is not my logic however; this has been mentioned in astrology books.

Another person I know had Jupiter in the tenth house, none of the planets in the sixth house; sixth house lord Sun in the third house and this person would rarely have problems of opposition at the workplace.

TAGS : astrology sixth house horoscope sixth house of horoscope bhagya sthana ninth house jupiter saturn rahu venus
Let us know how you like this article. Like it and Rate it below.
3.37K 0
0
Thanks for rating this article
0 stars - by 0 user(s) 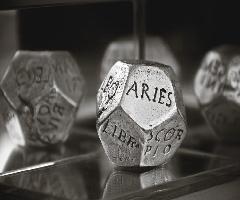 Capricorn's Relationship With The Other Zodiac Signs

Capricorn is a complex sign and therefore has a complicated relationship with the rest of the zodiac signs. Lets see this in detail how Capricorn interacts with each sign.

Horoscope Of Shahrukh Khan - A Discussion

Horoscope Of Rajnikanth - A Discussion