Significance of 11th House Regarding Friends

He did not agree with me and said that I should look once again and that he was not in a hurry. I looked again. He had Aquarius in his 11th, Saturn in eighth in Scorpio, Mars in second house in Taurus with a Saturn aspect, and a weak Jupiter aspect on 11th. This Jupiter was not very strong as there were Rahu and Saturn on both sides i.e.

in the sixth and eighth house.

I said, “I don’t understand why you have got good friends and particularly the friends at your workplace are not your best supporters”. He didn’t agree directly but said that your method of analysis is acceptable. Later his wife, who was also sitting there, told me that he considers his friends as the best ones however they were never supportive and seldom stand in bad times.

I know a lady who had Sun, Saturn and Mercury all posited in the eleventh house in Scorpio sign. Eleventh house lord Venus in twelfth house in Sagittarius and Mars in tenth house in Libra. This lady had some of the high class friends (due to Sun’s position) but not very good ones. Her friends were always backstabbing her as she told me.

What if the friends become business partners? Everyone is amused by the story and success of Infosys Group but should they be considered friends when they formed a company. Probably not! Friends and partners should not be confused. To judge a partner seventh house should be considered primarily.

If the eleventh house has some malefic aspect or malefic planets are posited in it, a person should keep caution on making friends or sharing secrets. On the other hand if the person has some benefic planets, for example position of Venus, Jupiter and Sun has been considered good in the eleventh house. There would be another difference on the type of planet. For example a strong Sun in the eleventh would give friends from high society.

While judging friends, it is always important that the concerned house, concerned planet and effects on them should be considered before making a final interpretation.

TAGS : horoscope astrology eleventh house mars planets sun
Let us know how you like this article. Like it and Rate it below.
10.66K 0
0
Thanks for rating this article
0 stars - by 0 user(s) 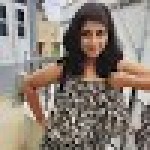